It’s been a busy few days here in Phuket, Thailand. On my second day, I was thrown in at the deep end and met lots of new people, from all over the world. And that pattern seemed to replicate itself over and over with the days.

Over the past week I’ve connected with people from Thailand, The Philippines, Singapore, USA, Canada, Australia, Ghana, the Netherlands and Kazakhstan. It’s been insane! And it has alighted something in me I didn’t know I would enjoy so much. Yet it makes sense. Making new connections and relating to people fulfills one of our intrinsic human needs. The need for community, and it doesn’t matter where in the world you are, you still look for that.

It says in 1 Thessalonians 5:11 - “Therefore, encourage one another and build each other up.”

Here are some pictures with people I’ve met…

Please don’t believe it’s all been plain sailing though.

I am so grateful for this week and have had a genuine smile on my face and in my heart because of it but I have also felt lonely and homesick at times. Particularly at night and especially when a huge cockroach appeared in my bed.

It’s a strange contradictory feeling. I am overjoyed to be building new relationships with people I never would have crossed paths with without this trip, but I also long to be back with the people I know so well. Stephen, specifically. It’s odd for me to be so far away from him and even though it’s only a few more days until I see him, it somehow feels like I’m never going to get there. I have laid awake at night thinking going home wouldn’t be so bad (I’ve just got out here - I mean, honestly!) but it wasn’t so much about wanting to go home. It was about being somewhere so different and so unfamiliar without any sort of crutch I was used to.

I have been posting a few bits and bobs on Instagram and this situation really defines the whole social media as a ‘highlight reel’ thing. You see so many people traveling around the world, living the ‘high life’, doing glamorous things but underneath it all, they’ll be feeling anxious or down or lonely at times. In those ways, we are as much the same as we are different. Let’s try not to forget that.

For now, I have another night left in Phuket with a family who have been nothing but kind and loving towards me. Tomorrow I’m going to Bangkok. So while I am excited for Stephen to arrive, I do not want to just wish this time away. I want to live in the moment, bless others, and fellowship with my new friends.

Until next time. Have happy days.

My reflections on my time in Phuket while settling in to Bangkok, Thailand. 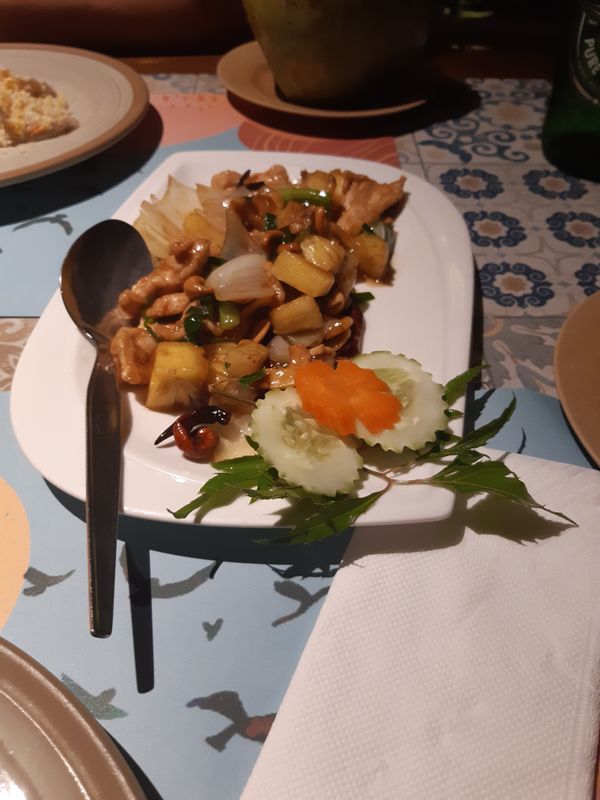 Writing in a jetlagged state, here are my musings after travelling to Thailand and being there for a day.